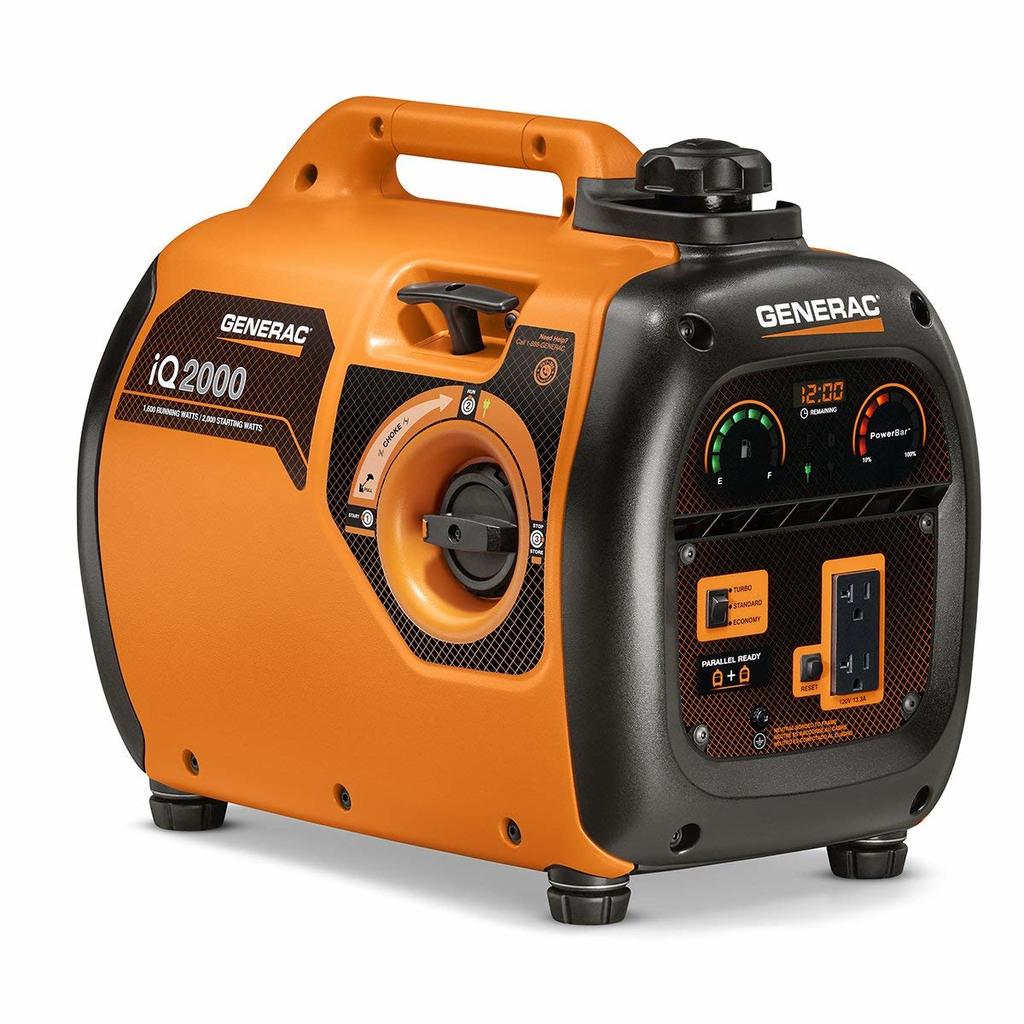 Certainly, one of the most capable portable generators you’ll find on the market today, the Generac 6866 iQ2000 offers a unique blend of power, performance, and price that makes it incredibly attractive.

About as portable a unit as you are going to find on the market today (something we will touch on in just a moment), this is a portable generator that can deliver a tremendous amount of power all at once, a steady flow of power over time, or maybe middle ground in between that allows you to run multiple electronics off of this single source solution.

As far as user-friendliness is concerned you would have an almost impossible time finding anything out there simpler to use than this unit. All it takes is a single pull of its cord to get things up and running and from there you are off to the races.


Just one button (and the simple power dial) lets you dial in exactly how much “juice” this generator pushes out for you at any one particular point in time. This set up is a dream to use in a myriad of different circumstances, giving you instant access to on-demand power whenever and wherever you may need to take advantage of it most.

Super compact, this particular generator isn’t all that much larger than a full-sized coffee can – one of the bulk varieties you can pick up at any supermarket, grocery store, or most department stores.

It isn’t all that heavy, either (tipping the scales at just over 25 pounds) which is absolutely unbelievable considering just how much energy it can produce without any headache or hassle. Its compact size makes it a dream to store when you aren’t using it, but also means you aren’t going to have to fiddle around to find any extra space for this generator when you’re going camping – in a tent, in a camper, or in an RV.

Impressively enough, its compact size doesn’t hinder its control scheme the way that other portable generators do. The user interface is still about as simple as can be to take advantage of and you won’t have to worry about fumbling with buttons placed too close to one another with this setup.

As far as power is concerned, this generator really rocks and rolls with the possibility of putting out 2000 W with no difficulty whatsoever. It can be dialed back a little bit (to 1600 W and 500 W, respectively) when you are looking to improve its overall fuel efficiency – but that’s something that we are going to tackle them just a little bit.

The unit includes a parallel set up for a power inverter that can help you to dramatically increase the power it produces and its overall run time, especially if you have a second generator that you want to operate in tandem with this solution.

The fact that you can do so so effortlessly and right-out-of-the-box is nothing to sneeze at. This dramatically improves your overall capabilities right away, helping you to take your generator to the next level without a major investment in third-party accessories.

See what other people are saying... 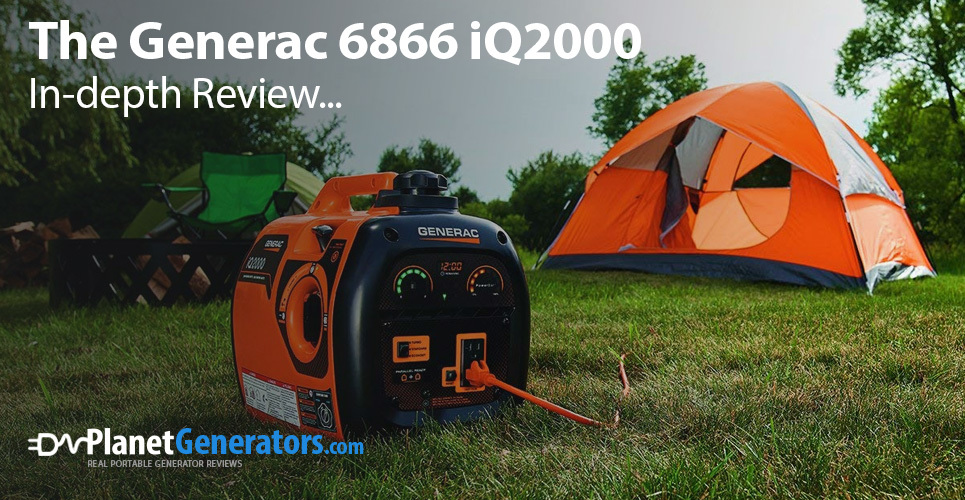 Almost every portable generator on the market today boasts near silent operation, but the overwhelming majority of them aren’t able to “deliver the goods” so to speak.

Offering near silent operation at 50 feet and just 53 dB at 20 feet away from this generator – the same level of sound most people speak within normal conversation – this is a system that you can feel comfortable running in camp, on a job site, or in emergency situations without having to yell or shout over while it is operating.

According to the IAC Acoustics organization, this is one of the quietest portable generators you’ll find on the market today, the kind of generator that works perfectly in urban situations without having to worry about disturbing your neighbors.

It isn’t silent in operation, but it’s close.

You shouldn’t sleep on the fuel efficiency rating of this generator, either.

While it can only hold a few capacities of just north of 1 gallon of gas (1.06 gallons, to be specific) you should still be able to get an approximate run time of nine hours when you are in the 500 W load setting for this generator.

That’s nearly an hour longer than many of the closest competitors to this portable generator, and two hours longer than what some of the other units marketing themselves as high-efficiency are capable of offering at a much lower electrical output level.

Of course, overall run time does go down significantly if you bump this up to the 1600 W or 2000 W load levels – but that’s to be expected. You should still be able to get anywhere between 3 ½ and 5 ½ hours of operation out of this generator should you bump up its capabilities. 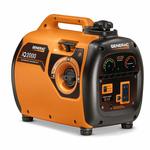 Generac 6866 iQ2000
Portability9.4
Power9.1
Noise9.2
Efficiency9.4
9.3
EXPERT SCORE
FINAL THOUGHTS
If you want to be certain that you are getting your hands on a quality portable generator that will keep you up and running even when the lights go out across the grid, or just want to make sure that you have access to an emergency power generator that is portable, lightweight, and easy to use this is one of the best options you find anywhere on the market today. Offering a fantastic blend of power, price, and performance, the ease of use and that this generator features compared to the competition is nothing short of exceptional. It offers near silent operation at a distance of 20 feet (and it only gets quieter after that), a skyhigh fuel efficiency level, and is the kind of dependable unit that you are going to be able to rely on for years and years to come without exception.
Avaliable on Amazon
Check Price