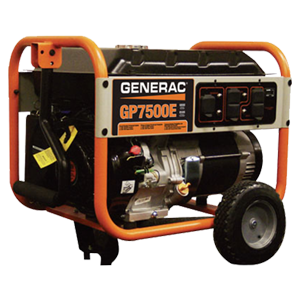 
​Mighty and powerful, the Generac 5943 GP7500E is the Roger Federer of portable generators. It will not rest nor will it whine when you push it beyond the call of duty. Made from superior grade materials, designed to perfection with steel fuel tanks and wheel kit with locking foldable handles, the portable generator can deliver a maximum of 9375 watts with 7500 watts in continuous operations. It is easy to manage and maintain with a clearly displayed control panel, hour meter and maintenance resets.

​The Generac 5943 GP7500E is made to deliver uninterrupted steady power supply to a large household. When I saw the beast, having paid a good amount of money, I was initially displeased as its size felt a little lacking for the power it promised to deliver. However, after setting it in place and getting it booted up for the first time, which was astonishingly easy, I was completely mesmerized by its power output. My voltmeter revealed that it was operating at a precise 119 volt, which is just perfect for my needs. I now power my entire house with it starting from the garage doors, water heaters, living room window air conditioner, refrigerator, microwave and so much more. All I had to do was directly connect the genset to the breaker panel of my house and every time the power goes out, I simply switch the generator on and then the power to my house.

After having operated it for over 10 hours continuously the first time around, the fuel tank finally started to go dry. It’s around this time that the power began fluctuating and so I did not take any risks and shut it down immediately for a refill. The tank hard hardly half a gallon left when this happened so you won’t have to worry about running out of gas with the Generac 5943 GP7500E as its designed to suck the last drop of gas out of its steel fuel tank.

I did find the Generac 5943 GP7500E to be a tad bit heavier than other similarly powered generators. In fact, to get it into the garden shed behind my house, I had to call a couple of neighbors. Plus, the noise this beast makes is kind of appalling. You simply cannot stand close to the generator for more than 5 minutes and not come out deaf. At least, it delivers an equally alarming amount of power. 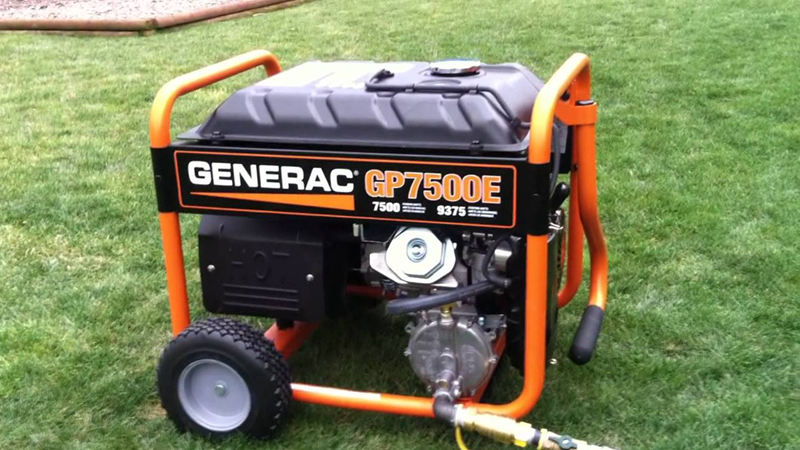 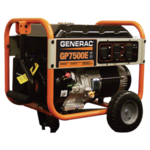