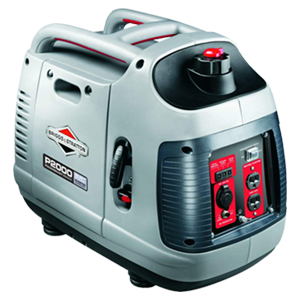 
​Not as pricey as a Yamaha or Honda inverter generator, the Briggs & Stratton 30473 brings the benefits of a computer controlled automatic inverter technology that regulates the engine speed and helps improve fuel consumption. It provides 1,600 watts and 2,000 watts continuous and peak wattage with one 12 Volt DC and 2 120 Volt 20 Amp AC receptacles using a 105cc gas engine.

To help manage the sound, it uses Lo-Tone mufflers that also reduce the vibrations felt in the generator. This inverter generator is protected with a 2-year consumer warranty is not CARB compliant.

​Having marveled at the technology used by Yamaha and Honda in their inverter generators, I was prepared to witness a significant drop in fuel efficiency, lots of problems in running with the Briggs & Stratton 30473 since it retailed for approximately $500 less than an average Yamaha generator of the same caliber. I am happy to say that it wasn’t as bad as I expected, but that doesn’t mean this generator is free of problems. My major issue with it has been the fluctuating power output. While it says peak wattage of 2,000 watts on Amazon and also in the instruction manual, it is about 1,800 watts in reality so if you plan on running anything that requires more than this, be prepared to have the generator shutting down time and again due to overload. Worst of all, you can’t really reset the generator and quickly restart, it needs manual restarting.

Ok so with my naggings out of the way, let’s get to things that I liked in this generator. For starters, I am impressed by the noise levels, while not as silent as a Honda, it is way more silent than many other cheap competing models. And as far as receptacles go, you do get two AC points and one DC point. The variable speed engine also comes with an Eco-mode that is much more silent but at most powers a few lights and probably a ceiling or table fan. Don’t expect much though in the eco-mode. The engine runs hot but isn’t too hot to bother me. I, in fact, did a test run charging my inverter batteries and operating a drill with it and the generator maintained a decent temperature throughout until the juice finally ran out. Starting this generator is easy and requires a few practices pulls to tighten the resistance, which helps start it in a single go. 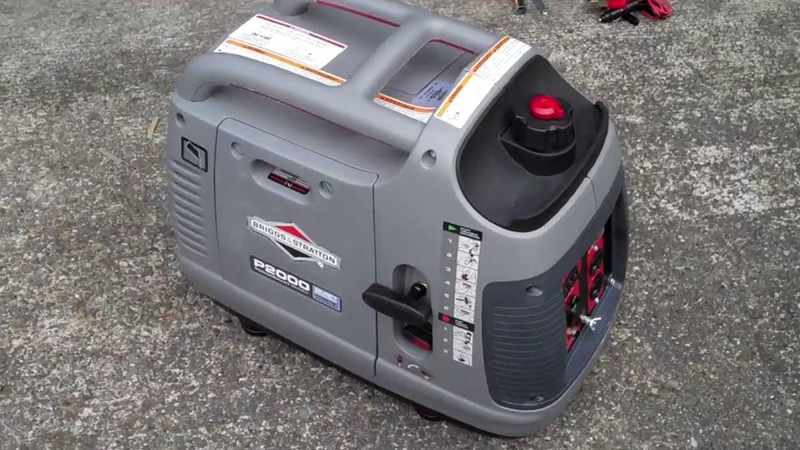 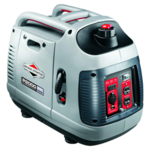 Briggs & Stratton 30473
Portability7
Power6.5
Noise4.5
Efficiency6
6
EXPERT SCORE
FINAL THOUGHTS
Looking for a dependable inverter generator with ample power to run a small air conditioner? Try the Briggs & Stratton 30473 106cc portable generator. It has ample power, decent performance and good reliability in an affordable price bracket, which makes it, in my books a top performer. Just don’t expect super silent and highly efficiency operation. Remember you get what you pay for!
Avaliable on Amazon
Check Price